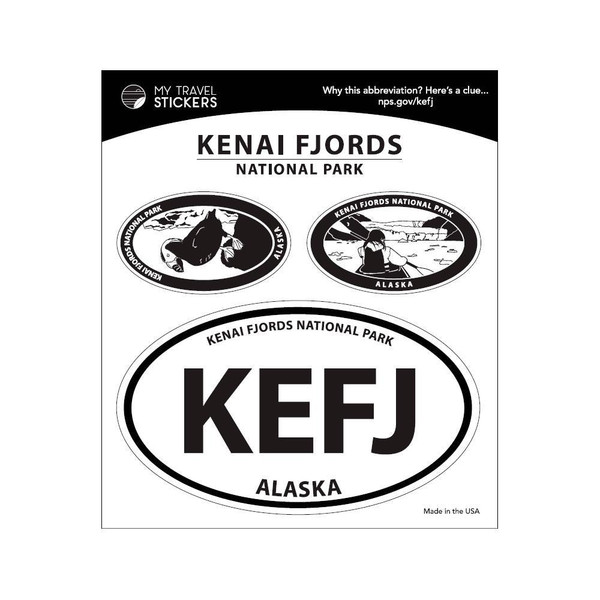 Where does this abbreviation come from? The National Park Service assigns each unit it manages (National Parks, National Monuments, National Historic Sites, etc.) a unique abbreviation code to help standardize communications both internally and externally. But due to the large number of units involved something as simple as SNP, for example, was not going to work because which national park would you be referring to-- Saguaro, Sequoia or Shenandoah? Can you figure out the basic pattern they ended up using for these abbreviations (as in most cases, there are exceptions to the rule)?
So become a National Park System Insider by learning and using these abbreviations. For fun and practicing your detective skills - see how many exceptions to the rule you can find!

Originally established as a national monument in 1978, Kenai Fjords was elevated to National Park status as part of the Alaska National Interest Lands Conservation Act on December 2, 1980. Located on the east coast of the Kenai Peninsula and extending into the Gulf of Alaska, over half of the parks nearly 700,000 acres are covered by the Harding Icefield, starting point of 38 outflowing glaciers. This glaciated landscape also includes a deeply indented coastline and a narrow fringe of temperate rainforest between the sea and mountains. The varied climates within the park provide habitat for a large diversity of wildlife, including grizzly and black bears, moose, sea otters, whales and seals.