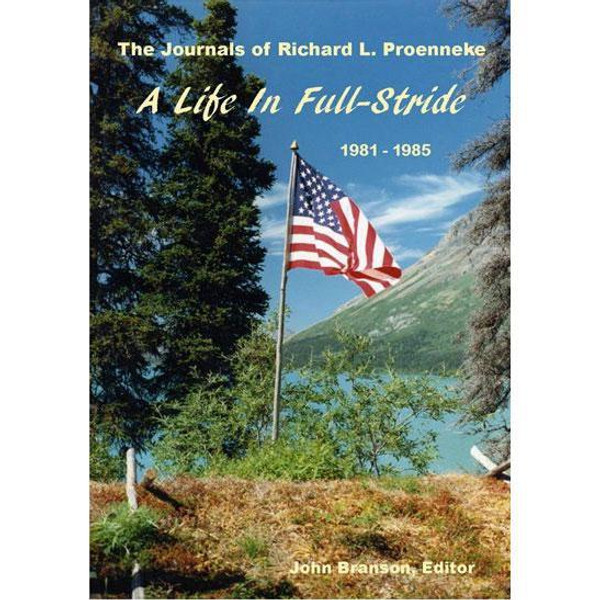 Volume three in the ongoing series of the Journals of Richard L Proenneke is a selection of his writings during the years 1981 through 1985. Richard was near his prime during these years and he demonstrates it in word and deed. He wrote voluminously, his journals and his very large correspondence. He continued to be a prodigious hiker and paddled all over the Twin Lakes. He was always busy doing domestic chores at his cabin or out studying wildlife. Richard was a keen observer of wildlife and the natural world, but he was also an astute observer of human nature. It was during the first years of the decade of the 1980s that Proenneke's world began to change in many predictable ways. First, the continued success of his book brought a steady stream of fans to see and meet the "Man." In addition, in 1980 when Congress passed the Alaska National Interest Lands Conservation Act, Twin Lakes immediately became a prime destination spot for those seeking wilderness in newly minted Lake Clark National Park and Preserve. In short, Proenneke encountered many more people at his cabin and all around Twin Lakes than he had formerly experienced. The volume of flights by single engine planes to Twin Lakes also increased dramatically as the 1980s evolved. Volume Three of the Journals of Richard L Proenneke covers the first half of the momentous decade of the 1980s and Richard was very much involved in the local changes happening around Twin Lakes and Port Alsworth. Fortunately he documented his life very well and readers of this volume will see he was hardly a hermit living in a howling wilderness far from other people, but rather was a man who was fully engaged in the world around him, both in the natural world and with the people who lived in the area and visited the new national park. Proenneke's keen intellect and the profound knowledge he had of the natural world around Twin Lakes shines through in much of his writing. In many ways he was a perfectionist and he often expected people who wrote about him to get their facts straight as is so well demonstrated in his dust-up with the National Geographic Society writers and editors and with Anchorage based writer Ann Chanddonnet.