Where Water is Gold : Life and Livelihood in Alaska's Bristol Bay 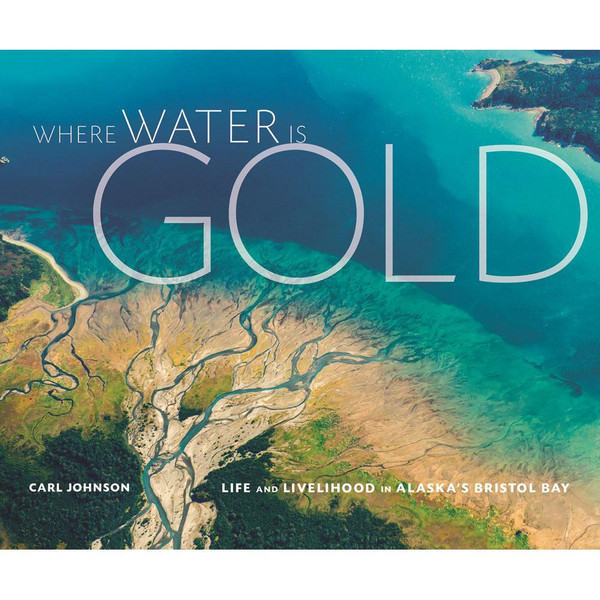 Where Water is Gold : Life and Livelihood in Alaska's Bristol Bay

• A story of David versus Goliath: an historic and sustainable core fishery versus boom-and-bust corporate mineral extractors
• Combines photos, interviews, science, and prose to reveal the cultural, natural, Native, and historical richness of Bristol Bay
• Nearly half of America’s wild-seafood catch—valued at $2.5 billion annually—comes from Bristol Bay.

Bristol Bay is a region in southwestern Alaska renowned as the most significant source of wild sockeye salmon in the world, as well as of other species of Pacific salmon and herring. Unfortunately, it also contains other valuable resources: gold, copper, and molybdenum (a metal used to make steel alloys), and the extraction of these minerals would likely destroy the world-class commercial and recreational fisheries essential not only to the people who call this region home, but far beyond as well. Mining development threatens Native tribes and the salmon-based subsistence way of life that has sustained them for 4000 years. In addition to millions of migrating salmon, Bristol Bay provides important habitat for many other species including millions of seabirds, sea otters, seals, walruses, Beluga and Orca whales, and the endangered North Pacific Right whales.

Conservation in competition with development is a well-worn theme in Alaska, and nowhere is this more apparent than in the battle over Bristol Bay—exemplified by the proposed Pebble Mine. But Bristol Bay's mineral wealth is not the fabled nuggets of Alaskan lore; rather, it is extracted as fine particles through an industrial process that includes pulverizing ore and using cyanide and other chemicals to separate the valuable metals. Mountains of rocky spoils would be created, while highly toxic wastewater would require large containment ponds. Miles of streams would be excavated or buried under waste rock.

The Pebble project is located at the headwaters of the two largest tributaries of the Bristol Bay watershed—a watershed whose ecological resources generate $500 million in economic benefits annually, and provides more than 14,000 full and part-time jobs.

Where Water Is Gold illustrates just what is at stake through Carl Johnson’s stunning photography and informative and lyrical essays by Bill Sherwonit, Nick Jans, Steve Kahn and Anne Coray, Dave Atcheson, and Erin McKittrick.

The Salmon Way: An Alaska State of Mind by Amy Gulick

Birds of the West: An Artist's Guide