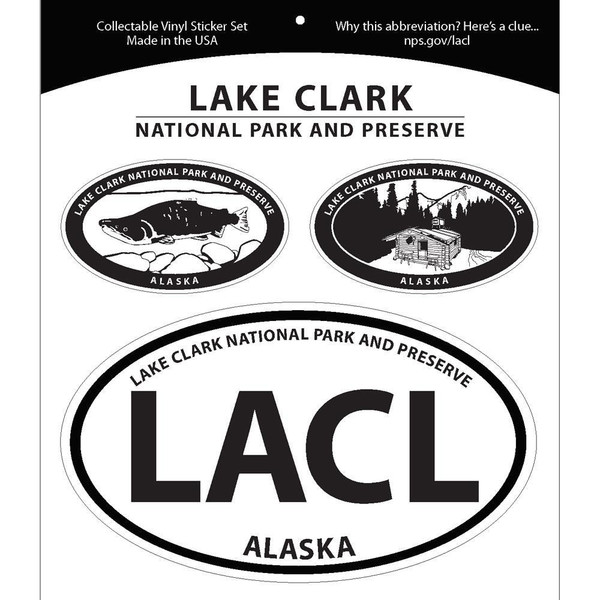 Where does this LACL abbreviation come from? The National Park Service assigns each unit it manages (National Parks, National Monuments, National Historic Sites, etc.) a unique abbreviation code to help standardize communications both internally and externally. But due to the large number of units involved something as simple as SNP, for example, was not going to work because which national park would you be referring to-- Saguaro, Sequoia or Shenandoah? Can you figure out the basic pattern they ended up using for these abbreviations (as in most cases, there are exceptions to the rule)?
1. A four-letter combination.
2. If a unit name consists of two words then it’s assigned the first two letters of each word. (i.e. LAKE CLARK National Park & Preserve = LACL)
3. If a unit name consists of only one word then it’s assigned the first four letters of that word. (i.e. KATMAI National Park & Preserve = KATM)
So, become a National Park System Insider by learning and using these abbreviations.
For fun and practicing your detective skills - see how many exceptions to the rule you can find!

Lake Clark National Park and Preserve was founded as part of the Alaska National Interest Lands Conservation Act in 1980. This park and adjoining preserve protect 4 million acres of ancient culture, pristine glacial lakes, salmon-filled rivers, coastline and the convergence of three mountain ranges. Two volcanoes are located within the park: Mount Redoubt, standing 10,197 feet high, is the tallest peak in the Aleutian Range; its most recent activity was recorded in 1989 and 2009. To the southwest, Mount Iliamna, standing 10,016 feet high, has not erupted in known history. Without roads, the park is accessible only by plane or boat, offering a true backcountry experience.

Postcard - Gates of the Arctic