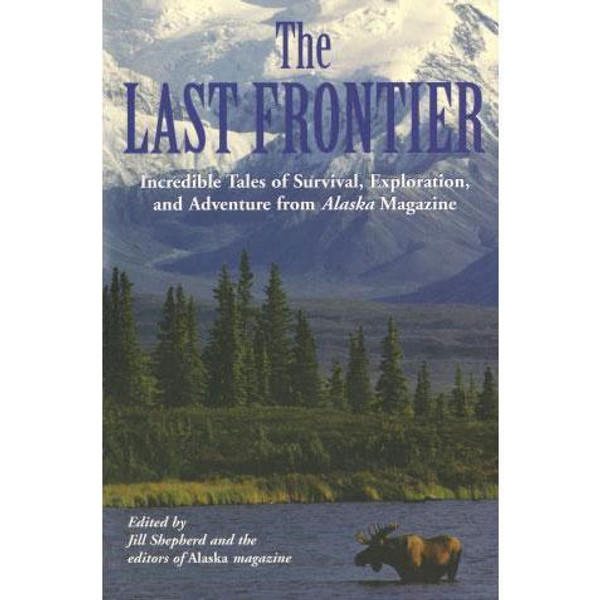 The best writing from 65 years of Alaska Magazine.

Since 1935, Alaska Magazine has charted the development of our biggest, most mysterious state. With compelling stories on such events as earthquakes, tidal waves, grizzly and polar bear attacks, the Russian influence, the Gold Rush, the Japanese invasion of the Aleutians during World War II, hunting and fishing, the lives of sourdoughs, village life, and much more, The Last Frontier truly captures the essence of our largest state. Other chapters include the tale of the Eskimo commercial pilot, flying villagers across the Arctic. Or the one about the young woman who conducted the 1940 census in the Interior by dog team. Or the story about the family who placed their automobile on a raft, hooked paddles to the axles, and steered their home-built paddle-wheeler down the Yukon River to the first road-whereupon they removed the car from the barge, and drove home to Nebraska.Other stories you won't want to miss in this book include: Don Sheldon's floatplane rescue of eight men from white water; the mystery of Klutuk, the beast of the tundra; how Julie Collins's sled dog saved her life; the trials and tribulations of a nurse running a hospital on the arctic coast in 1921; an Athabascan writer interviews her grandmother, a medicine woman; newsworthy events across the state and much, much more.