Prophets and Moguls, Rangers and Rogues, Bison and Bears: 100 Years of the National Park Service 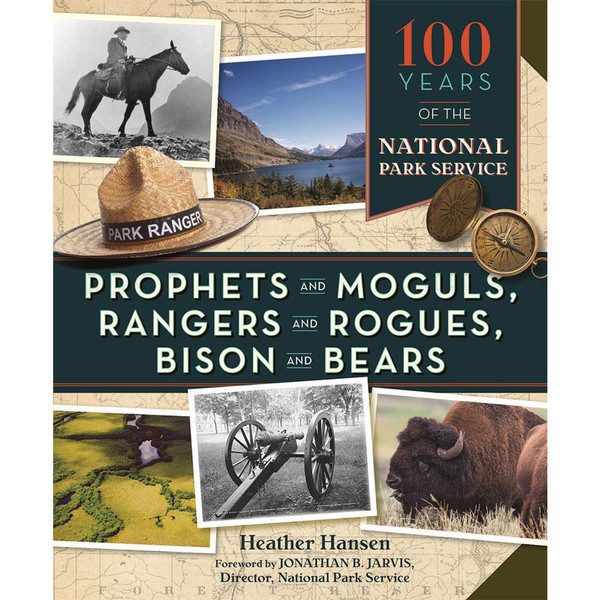 Prophets and Moguls, Rangers and Rogues, Bison and Bears: 100 Years of the National Park Service

Anyone who has stood beneath a redwood, neck craned to see its top rising far above; or who has heard ghostly whispers of residents long-past among the burnt-red cliff dwellings of Mesa Verde; or who has climbed the stairs to gaze out from the Statue of Liberty’s crown, would agree that our National Park system is a source of pride and wonder.

But 100 years ago, creating a bureau to administer America’s vast and diverse parks was a concept requiring great debate and persuasion. The story of the National Park Service is the story of people who fought for the protection of the places that have helped to define our national identity, those places we now hold dear—from the blue hazy mist that hangs over Great Smokey Mountains National Park to the spouting geysers of Yellowstone to the thick, steamy waterways of the Everglades. The NPS founders were the architects of our family vacations, the inventors of icons with worldwide appeal. They battled “progress,” which often masked greed and ignorance, and their story continues with those who molded and grew the NPS through a flu pandemic, the Great Depression, World Wars, and beyond.

Prophets and Moguls, Rangers and Rogues, Bison and Bears is the engaging and accessible story of the NPS that brings to life its history and characters. The result of extensive research, dozens of interviews with Park Service employees, and the author’s own experiences at park units she visited all over the country, it’s a highly readable history that connects the dots of past to present and will remind readers of the vast array of public assets administered by the NPS—resources which offer something for everyone and also need every citizen’s support.

The Melting Edge: Alaska at the Frontier of Climate Change