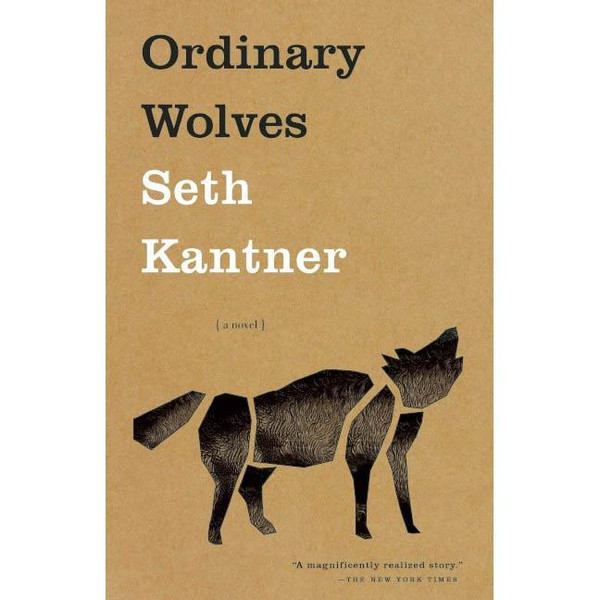 Ordinary Wolves depicts a life different from what any of us has known: Inhuman cold, the taste of rancid salmon shared with shivering sled dogs, hunkering in a sod igloo while blizzards moan overhead. But this is the only world Cutuk Hawcley has ever known. Born and raised in the Arctic, he has learned to provide for himself by hunting, fishing, and trading. And yet, though he idolizes the indigenous hunters who have taught him how to survive, when he travels to the nearby Inupiaq village, he is jeered and pummeled by the native children for being white. When he leaves for the city as a young man, two incompatible realities collide, perfectly capturing "the contrast between the wild world and our ravaging consumer culture." (Louise Erdrich). In a powerful coming of age story, a young man isolated by his past must choose between two worlds, both seemingly bent on rejecting him.

"I've not read anything that so captures the contrast between the wild world and our ravaging consumer culture. Ordinary Wolves is painful and beautiful." —Louise Erdrich

"Here is a rare thing of beauty, a novel alive with detail about a life most of us would never experience." —Susan Salter Reynolds, Los Angeles Times Book Review "Discoveries"

"Kantner takes all the hard lessons he learned growing up deep in the Alaskan wilderness and bundles them up into a commanding debut. . . . Kantner writes beautifully, but what’s special about Ordinary Wolves is the author’s unflinching portrayal of Alaska’s social dynamic—the racial tensions, the contempt for big-game-hunting dentists, the use of cleaning solvents as booze. Messy, funny, and anything but noble, it’s stridently human, and Seth Kantner gets all the blood, guts, pride, and spite down on the page." —Outside

"Shockingly beautiful. Seth Kantner's Ordinary Wolves is to the mind what a chunk of pemmican made from dried caribou, cranberries, currants and rendered fat is to the body: It's going to stick to your ribs for a long time." —Minneapolis Star Tribune

"This riveting first novel sets a new standard, offering a profound and beautiful account of a boy's attempt to reconcile his Alaskan wilderness experience with modern society. A tenderly and often beautifully written first novel. As a revelation of the devastation modern America brings to a natural lifestyle, it's a tour de force and may be the best treatment of the Northwest and its people since Jack London's works." —Publishers Weekly

"This exciting story of a white boy growing up in a sod igloo in remote northern Alaska challenges any romantic ideas about life on the last American frontier. A valuable story about a boy trying to find his place in the world. —School Library Journal

Julie of the Wolves by Jean Craighead George

Swallowed by the Great Land: And Other Dispatches From Alaska's Frontier by Seth Kantner

Alaska's History: The People, Land, and Events of the North Country

Swallowed by the Great Land: And Other Dispatches From Alaska's Frontier by Seth Kantner

Shopping for Porcupine: A Life in Arctic Alaska