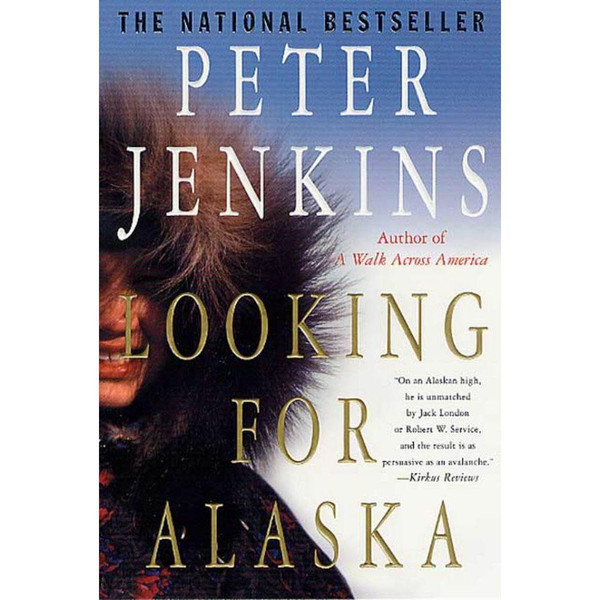 More than twenty years ago, a disillusioned college graduate named Peter Jenkins set out with his dog Cooper to look for himself and his nation. His memoir of what he found, A Walk Across America, captured the hearts of millions of Americans.

Now, Peter is a bit older, married with a family, and his journeys are different than they were. Perhaps he is looking for adventure, perhaps inspiration, perhaps new communities, perhaps unspoiled land. Certainly, he found all of this and more in Alaska, America's last wilderness.

Looking for Alaska is Peter's account of eighteen months spent traveling over twenty thousand miles in tiny bush planes, on snow machines and snowshoes, in fishing boats and kayaks, on the Alaska Marine Highway and the Haul Road, searching for what defines Alaska. Hearing the amazing stories of many real Alaskans--from Barrow to Craig, Seward to Deering, and everywhere in between--Peter gets to know this place in the way that only he can. His resulting portrait is a rare and unforgettable depiction of a dangerous and beautiful land and all the people that call it home.

He also took his wife and eight-year-old daughter with him, settling into a "home base" in Seward on the Kenai Peninsula, coming and going from there, and hosting the rest of their family for extended visits. The way his family lived, how they made Alaska their home and even participated in Peter's explorations, is as much a part of this story as Peter's own travels.

All in all, Jenkins delivers a warm, funny, awe-inspiring, and memorable diary of discovery-both of this place that captures all of our imaginations, and of himself, all over again.