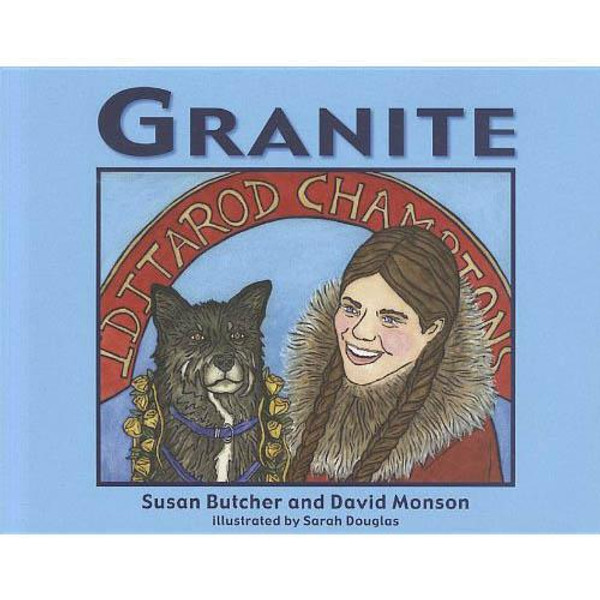 Susan Butcher was a four-time champion of the Iditarod Trail sled dog race. Granite was her greatest lead dog, but he didn’t start that way. He was a shy, scraggly pup that the others pushed around, but Susan saw his potential. Together they worked until he became leader of the team.
While they were training for the Iditarod, Granite became deathly ill. The veterinarians said he would never be strong enough to run the race. Granite refused to accept this, and slowly he started to recover. By the time of the race he was strong enough to start, but Susan wondered if he could finish the entire thousand-mile race. Confidently Granite guided the team into the lead of the race, when suddenly they were caught in a raging Arctic blizzard. Now Susan and the whole team depended on Granite to get them through the storm. He had to call on all his inner strength and courage to save them—if he could.

Trails Across Time: History of an Alaska Mountain Corridor