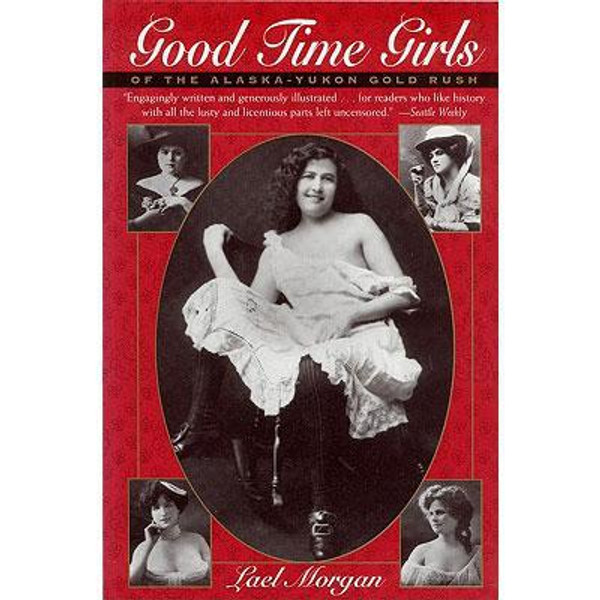 In the boomtowns of the Alaska-Yukon stampedes, where gold dust was common currency, the rarest commodity was an attractive woman, and her company could be costly. Author Lael Morgan takes you into the heart of the gold rush demimonde, that "half-world" of prostitutes, dance hall girls, and entertainers who lived on the outskirts of polite society. Meet "Dutch Kate" Wilson, who pioneered many areas long before the "respectable" women who received credit for getting there first... ruthless heartbreakers Cad Wilson and Rose Blumkin... "French" Marie Larose, who auctioned herself off as a wife to the highest bidder ... Georgia Lee, who invested her earnings wisely and became one of the richest women in the North... and Edith Neile, called "the Oregon Mare," famous for both her outlandish behavior and her softhearted generosity.


"If you come to Morgan's book with fictional stereotypes, you won't keep them long when you read about the real women.  True tales about Mae Field, Corrine B. Gray, Edith Neile, and the women who first braved the trails are grittier than any fictional account."
--Nancy Brown, (Kenai, Alaska) Peninsula Clarion

"...Fascinating reading... the abundant, luscious photographs of these amazing women, the 'cribs' from which they worked, their customers, their lovers, and the frontier towns they helped to pioneer are themselves worth the price of the book."
--Linda Jaivin, Los Angeles Times

"Just check your moral judgments at the door and settle in for an evening of wild reading."
--Susan English, (Spokane, WA) Spokesman-Review

"Loaded with facts and a sense of place, it's a provocative look at a sensational time and spirit."
-- San Francisco Examiner

Trails Across Time: History of an Alaska Mountain Corridor

The Denali 5 - Wildlife Of Central Alaska