Douggie: The Playful Pup Who Became a Sled Dog Hero 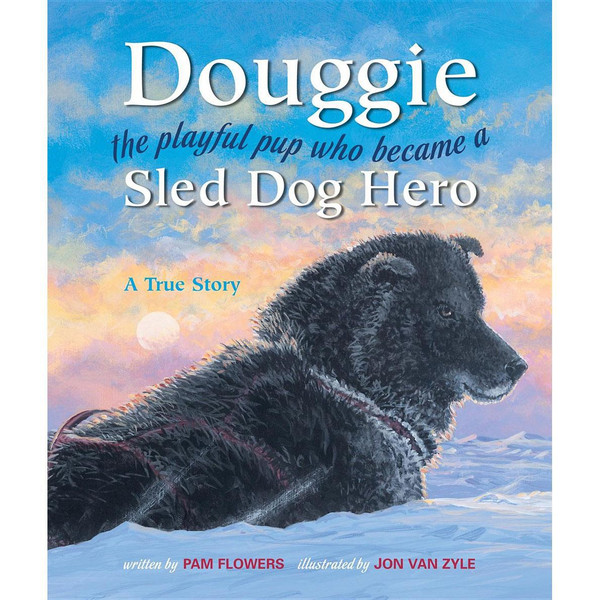 Douggie: The Playful Pup Who Became a Sled Dog Hero

From the beginning one puppy was different from the rest. He was big and black, his brother and sisters small and gray. While the others lay quietly snuggled against their mother, this puppy squirmed and wiggled constantly.

So begins the inspiring true story of a puppy whose boundless energy almost got the best of him. Douggie: The Playful Puppy Who Became a Sled Dog Hero is Pam Flowers's tribute to the pup who seemed destined to remain the class clown. But Pam saw potential in this exuberant youngster, and Douggie's intelligence and persistence ultimately earned him the position of lead dog for a dangerous 325-mile expedition to the Magnetic North Pole.

As the lead dog, Douggie lead the sled dog team on this exciting adventure traveling across the frozen sea of the far Canadian north for 18 days, surviving many challenges and returning home safely. Douggie went on to become a top lead dog and lead a subsequent trip of 2,500 miles.

Big-Enough Anna : The Little Sled Dog Who Braved the Arctic

Running with the Big Dogs: A Sled Dog Puppy Grows Up in Denali National Park, Alaska

Big-Enough Anna : The Little Sled Dog Who Braved the Arctic