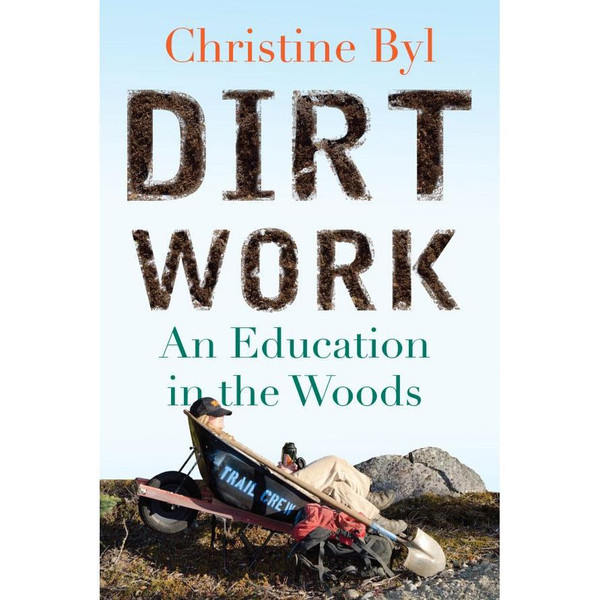 A lively and lyrical account of one woman’s unlikely apprenticeship on a national-park trail crew and what she discovers about nature, gender, and the value of hard work

Christine Byl first encountered the national parks the way most of us do: on vacation. But after she graduated from college, broke and ready for a new challenge, she joined a Glacier National Park trail crew as a seasonal “traildog” maintaining mountain trails for the millions of visitors Glacier draws every year. Byl first thought of the job as a paycheck, a summer diversion, a welcome break from “the real world” before going on to graduate school. She came to find out that work in the woods on a trail crew was more demanding, more rewarding—more real—than she ever imagined.

During her first season, Byl embraces the backbreaking difficulty of the work, learning how to clear trees, move boulders, and build stairs in the backcountry. Her first mentors are the colorful characters with whom she works—the packers, sawyers, and traildogs from all walks of life—along with the tools in her hands: axe, shovel, chainsaw, rock bar. As she invests herself deeply in new work, the mountains, rivers, animals, and weather become teachers as well. While Byl expected that her tenure at the parks would be temporary, she ends up turning this summer gig into a decades-long job, moving from Montana to Alaska, breaking expectations—including her own—that she would follow a “professional” career path.

Returning season after season, she eventually leads her own crews, mentoring other trail dogs along the way. In Dirt Work, Byl probes common assumptions about the division between mental and physical labor, “women’s work” and “men’s work,” white collars and blue collars. The supposedly simple work of digging holes, dropping trees, and blasting snowdrifts in fact offers her an education of the hands and the head, as well as membership in an utterly unique subculture. Dirt Work is a contemplative but unsentimental look at the pleasures of labor, the challenges of apprenticeship, and the way a place becomes a home.

Wood Magnet - Save Our Seas

Wood Keychain - Save Our Seas

Trains of Discovery: Railroads and the Legacy of Our National Parks 5th ed