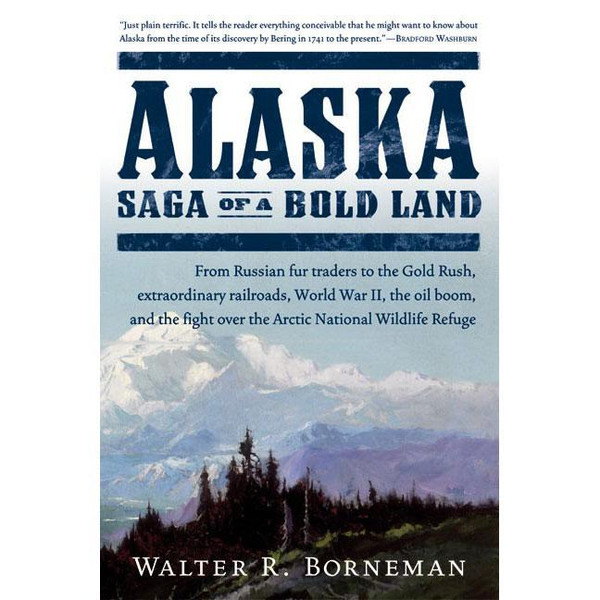 The first, comprehensive history of Alaska in 50 years—a stirring narrative

Alaska tells the entire Alaskan saga from the earliest inhabitants to contemporary challenges. Alaska’s history is filled with stories of new land, new people, new riches—and ever-present competing views over their use: Russians exploiting a fur empire; explorers checking rival advances; prospectors stampeding to the clarion summons of “gold;” soldiers battling out a decisive chapter in a world war; oil wildcatters after a different kind of mineral wealth; and always at the core, the conflict over how the land is used and by whom.

Alaska is the first major, non-textbook history of Alaska in fifty years. Major themes include Alaska Natives, exploration and mountaineering, mining rushes, railroads and aviation, military operations, and conservation versus development conflicts, including the current debate over oil drilling in ANWR.

Some want Alaska to remain static, but it never has and never will. Others are at the vanguard of change. This book shows that there are no easy answers on either side and that Alaska will always be crossing the next frontier.

“I think that Walter Borneman’s book on Alaska is just plain terrific. It tells the reader everything conceivable that he might want to know about Alaska from the time of its discovery by Bering in 1741 to the present.” -Bradford Washburn, veteran Alaska author, photographer, and mapmaker

Land Birds of Alaska : A Field Guide for Children

The Stars, the Snow, the Fire: Twenty-Five Years in the Alaska Wilderness