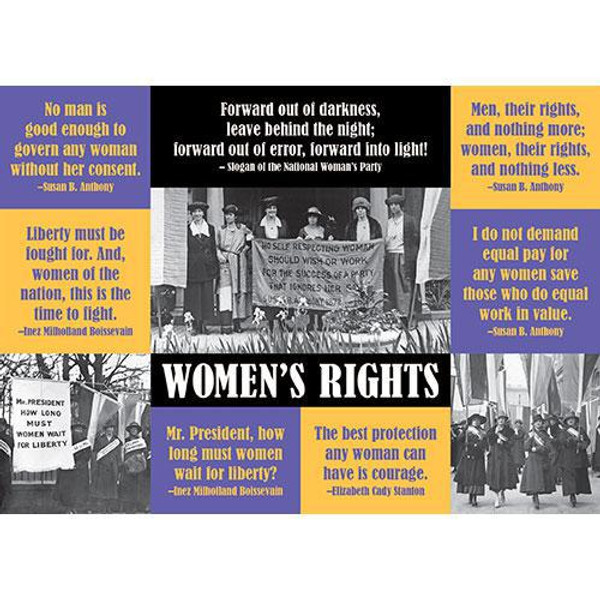 11 acid-fee stickers on a 5" x 7" postcard, perfect for scrapbooking!
Made in the USA
Alice Paul formed the National Woman's Party in 1916 as a lobbying organization to promote women's suffrage. Nonviolent, dramatic protests were the hallmark of the NWP's operations in Washington, D.C. Suffrage marches, picketing at the White House, arrests, and speaking tours raised the public profile of the movement. Protesters faced violence from both passer-by and the police. In 1920, the 19th Amendment was ratified, granting women the right to vote. Alice Paul authored the Equal Rights Amendment (ERA) in 1923, which reads simply, "Equality of rights under the law shall not be denied or abridged by the United States on account of sex." Congress passed the ERA in 1972, but the amendment was not ratified by enough states to become part of the Constitution.

Postcard - Gates of the Arctic

Postcard - Advice from the Muries

Sticker - It's A Conspiracy! Raven