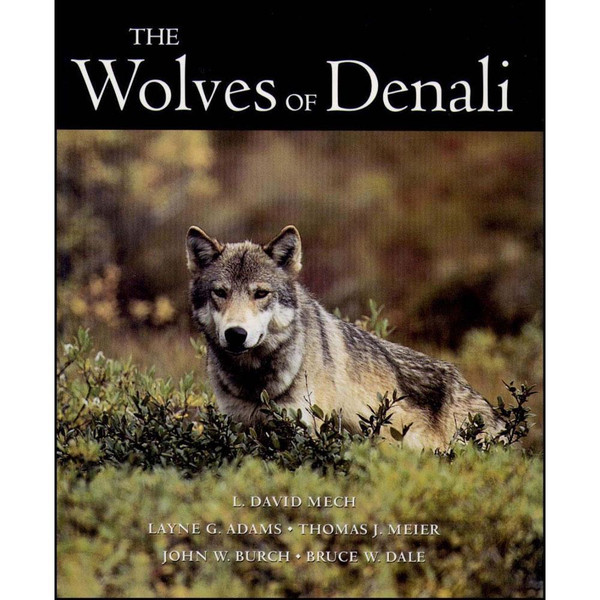 For more than nine years the wolves in Alaska's Denali National Park were the subject of intense research by a group of renowned scientists led by L. David Mech. The result of their work is the most comprehensive study of a population of wolves and their prey ever available. This accessible, fascinating, and extensively illustrated book will appeal to researchers, general readers, and wolf enthusiasts across the world.

Mech, Adams, Meier, Burch, and Dale have taken wolf biology to a new level. Mech’s pioneering The Wolf helped to take our understanding beyond the wolf as a reflection of human character, to draw the wolf from the shadows of myth and place it in the realm of biology. His subsequent studies have deepened our understanding of the wolf as an ecological force and as the expression of other ecological forces. The Wolves of Denali urges us to see that these ecological forces are more complicated, more varied over time, less hospitable to easy generalizations. Predation has always seemed simple, but studies like this one show it to be unexpectedly complex. — Peter Steinhart, author of The Company of Wolves

L. David Mech is a senior research scientist with the Biological Resources Division of the U.S. Geological Survey.

Layne G. Adams is a research biologist with the U.S. Geological Survey's Alaska Science Center in Anchorage, Alaska.
Thomas J. Meier is a wolf recovery biologist for the U.S. Fish and Wildlife Service in Kalispell, Montana.

John W. Burch is a wildlife biologist for Gates of the Arctic National Park and Yukon-Charley Rivers National Preserve in Alaska.

Bruce W. Dale is a wildlife biologist for the Alaska Department of Fish and Game.

The Wolf: The Ecology and Behavior of an Endangered Species

Among Wolves: Gordon Haber's Insights into Alaska's Most Misunderstood Animal