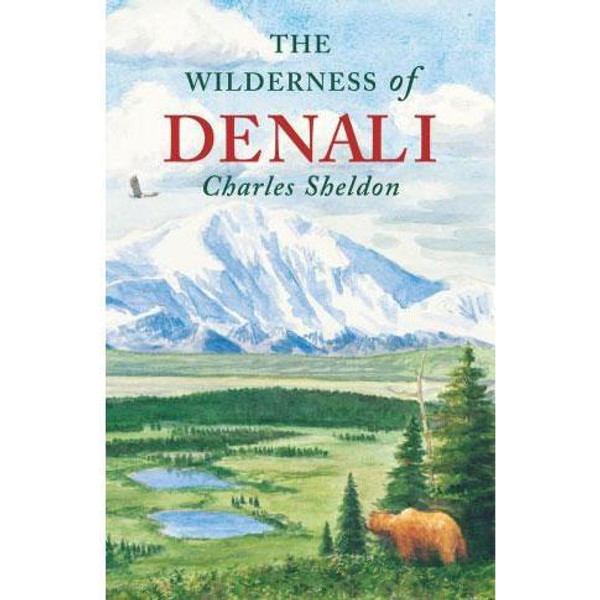 The Wilderness of Denali is a memoir of three years of hunting the area of Alaska surrounding Mt. McKinley. It is a classic of American adventure—a book written by a man who was willing to risk his life in pursuit of grizzly bears and the elusive mountain sheep. The account was written each night by campfire as Sheldon discovered what is still regarded as the most scenic wilderness in America.

Charles Sheldon was born in Rutland, Vermont in 1867. He was educated at Yale and became a successful businessman. He retired at the age of 36 and devoted himself to hunting big game and charting the habits of North American mammals. Five species of mammals have been named in his honor. Sheldon was instrumental in the establishment of National Park status for Mount McKinley.


The whole book radiates the most tremendous feeling for the mere presence of wilderness. -The Sportsman

This inspiring book is unsurpassed in the bravery and endurence it silently reveals. -The Boston Transcript

One of my most treasured books as a boy was Charles Sheldon's The Wilderness of Denali. His book records everything from the cannibalistic habits of shrews to the mating behavior of Dali sheep. Five species of mammals were named in Sheldon's honor, and his crusading work led to the establishment of Mount McKinley National Park in 1917. -Mark Jenkins / Outside

Wilderness Survival: A Folding Pocket Guide on How to Stay Alive in the Wilderness

Riding the Wild Side of Denali : Alaska Adventures with Horses and Huskies