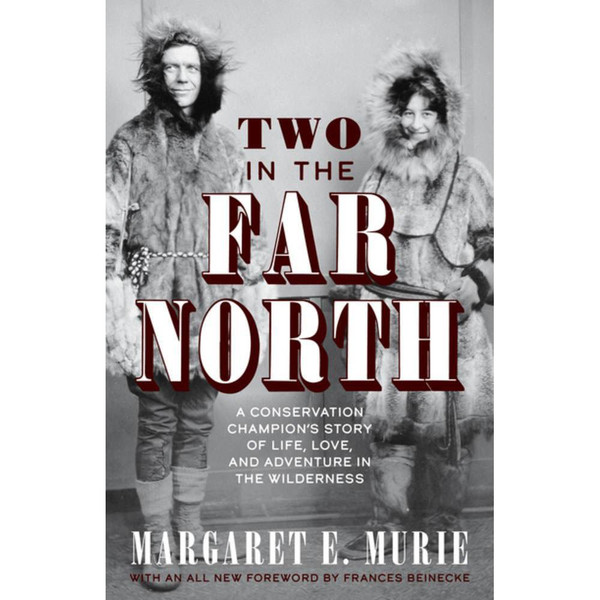 A Northern classic and beloved favorite, Two in the Far North chronicles the incredible story of Margaret “Mardy” Murie, called the Grandmother of the Conservation Movement, and how she became one of the first women to embrace and champion wilderness conservation in America.

At the age of nine, Margaret Murie moved from Seattle to Fairbanks, not realizing the trajectory life would take her from there. This moving testimonial to the preservation of the Arctic wilderness comes straight from her heart as she writes about growing up in Fairbanks, becoming the first woman graduate of the University of Alaska, and meeting—and then marrying—noted biologist Olaus J. Murie. So begins her lifelong journey in Alaska and on to Jackson Hole, Wyoming, where along with her husband and others they founded The Wilderness Society to protect nature and wildlife and speak out for ecological consciousness. From adventures of traversing over thin ice with dog sleds, camping in woods surrounded by bears, caribou, and other wildlife, to canoeing in streams with geese nearby, and more, Murie embraced nature as a close neighbor and dedicated her life to advocating for wilderness protection and conservation.

First published in 1962, this edition features a new foreword by Frances Beinecke and an afterword from Donald Murie. Margaret Murie inspires readers to join her in finding life, love, and adventure in the beautiful remote Alaskan wilderness and the natural world beyond.