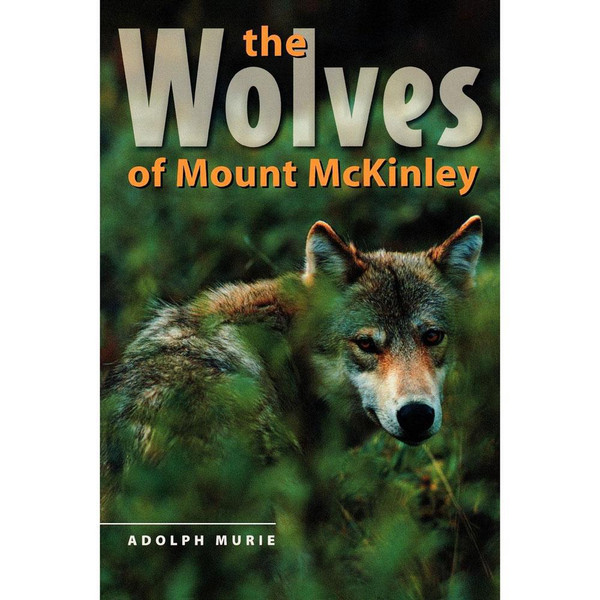 In the time of Lewis and Clark, wolves were abundant throughout North America from the Arctic regions to Mexico. But man declared war on this cunning and powerful animal when cattle replaced the buffalo on the western plains, reducing the wolf’s range to those few areas in the Far North where economic necessity did not call for its extinction.

Between 1939 and 1941, Adolph Murie, one of North America’s greatest naturalists, made a field study of the relationship between wolves and Dall sheep in Mount McKinley National Park (since renamed Denali National Park) which has come to be respected as a classic work of natural history. In this study Murie not only described the life cycle of Alaskan wolves in greater detail than has ever been done, but he discovered a great deal about the entire ecological network of predator and prey.

The issues surrounding the survival of the wolf and its prey are more important today than ever, and Murie helps us understand the careful balance that must be maintained to ensure that these magnificent animals prosper. Originally available only in government publications which are long out-of-print, this account of a much-maligned animal is now available in its first popular edition.

Searching for Fannie Quigley: A Wilderness Life in the Shadow of Mount McKinley