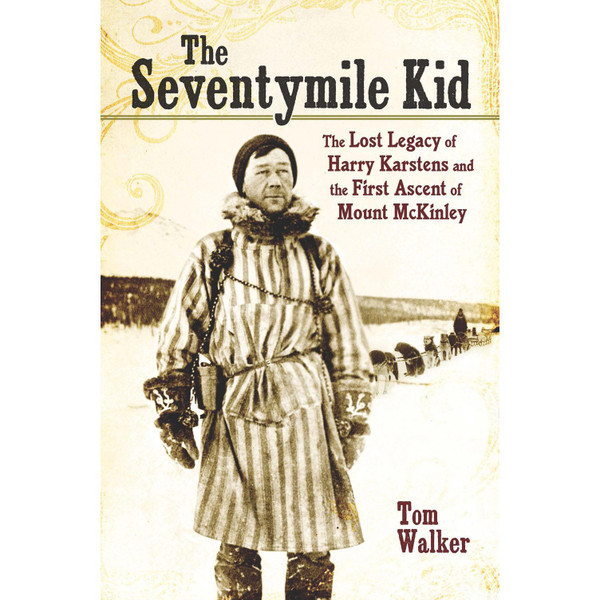 A retelling of the 1913 Hudson Stuck Expedition, the first team to stand atop Mount McKinley, North America's highest peak

* A true and complete account of the first successful ascent of Mount McKinley—setting the record straight
* The summer of 2013 marks the 100th anniversary of the McKinley's first ascent
* Features archival photographs, including rare and never-before-published images

The Seventymile Kid tells the remarkable account of Harry Karstens, who was the actual—if unheralded—leader of the Hudson Stuck Expedition that was the first to summit Mount McKinley in Alaska. All but forgotten by history, a young Karstens arrived in the Yukon during the 1897 Gold Rush, gained fame as a dog musher hauling U.S. Mail in Alaska, and eventually became the first superintendent of Mount McKinley National Park (now known as Denali National Park and Preserve). Aided by Karstens's own journals, longtime Denali writer and photographer Tom Walker uncovered archival information about the Stuck climb, and reveals that the Stuck "triumph" was an expedition marred by significant conflict. Without Karstens's wilderness skills and Alaska-honed tenacity, it is quite possible Hudson Stuck would never have climbed anywhere near the summit of McKinley. Yet the two men had a falling out shortly after the climb and never spoke again. In this book, Walker attempts to set the record straight about the historic first ascent itself, as well as other pioneer attempts by Frederick Cook and Judge Wickersham.

Fans of Alaska literature, American history, and mountaineering lore will love this adventurous biography of the larger-than-life "sourdough" Karstens, in which Alaska—its wilderness, its iconic mountain, and its pioneer spirit—looms large.