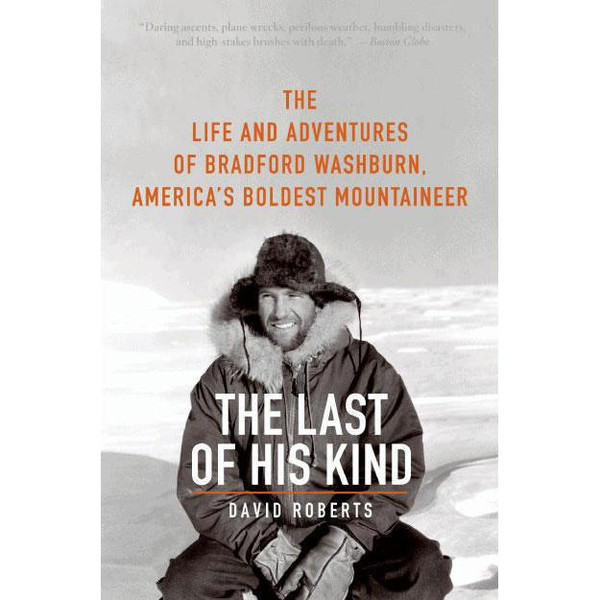 “Nobody alive writes better about mountaineering than David Roberts.”

Unquestionably regarded as the greatest mountaineer in Alaskan history and as one of the finest mountain photographers of all time, Brad Washburn transformed American attitudes toward wilderness and revolutionized the art of mountaineering and exploration in the great ranges. In The Last of His Kind, National Geographic Adventure contributing editor David Roberts goes beyond conventional biography to reveal the essence of this man through the prism of his extraordinary exploits, from New England to Chamonix, the Himalaya to the Yukon.

Washburn’s remarkable achievements—including nine first ascents of North American peaks—would stamp him not only as one of a kind, but as one of a kind they don’t make anymore. In addition to his prowess as a mountaineer and photographer, Washburn was also a renowned surveyor and cartographer, producing maps of little-known terrain—the Grand Canyon, Mt. McKinley, and Mt. Everest—that surpassed those that came before.
Roberts introduces the people who would play important roles in this legendary man’s experiences, re-creates his enthralling journeys to some of the most remote and beautifully wild places on earth, and provides a fascinating look at an amazing culture and the influential icon who shaped it.