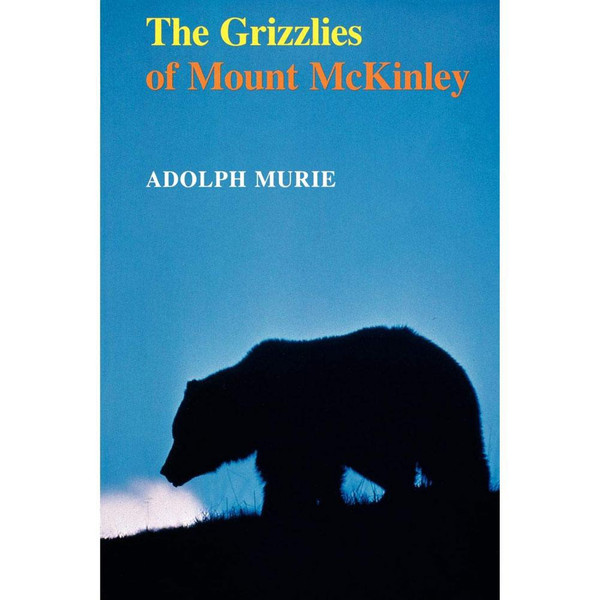 For 25 years, Adolph Murie, one of North America’s greatest naturalists, spent his summers in Mount McKinley National Park (since renamed Denali National Park) tracking, recording, and interpreting the lives of grizzlies in one of their few remaining strongholds. Murie observed the grizzlies as they moved throughout their range. He notes how families were formed, how they found food, and he described in detail how they related to other animals with whom they came in contact, including man. Often he followed a bear family for days as it traveled through the park. Even thought their behavior could be quite unpredictable, Muire was able to distinguish, through careful observation, the individuals who made up many distinct families.

Originally available only in government publications which are long out of print, this classic work of natural history is now published for the first time in a popular edition.