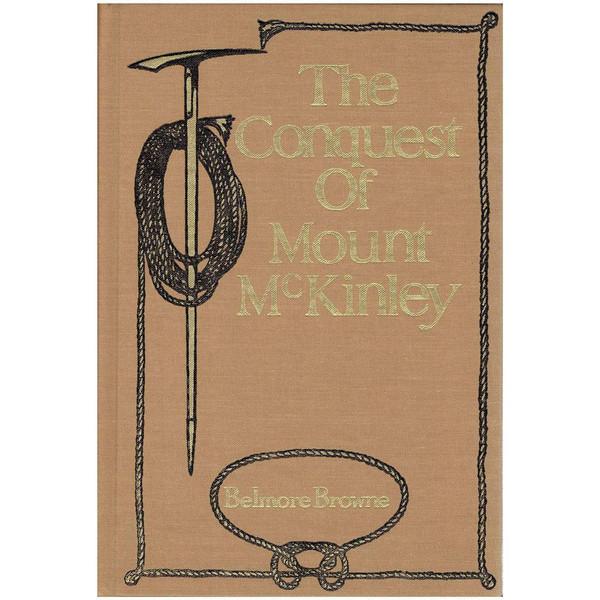 The story of three expeditions through the Alaskan wilderness to Mount McKinley, North America's highest and most inaccessible mountain
by Belmore Browne; appendix by Herschel C. Parker.

Belmore Browne (1880-1954) writes of his expeditions and climbs of 1906, 1910, and 1912. Coming heartbreakingly close to the summit on his final attempt, Browne reveals the true character of a real mountaineer. A superb storyteller, Browne weaves a captivating account of the Alaska wilderness and early days of North American mountain climbing. Originally published in 1913 and reprinted in 1956, but out of print for over a generation, “The Conquest of Mount McKinley” has been reproduced in its original form. The handsome embossed cover of the 1913 First Edition, with artwork by the author, has been replicated accurately - by Browne’s great-granddaughter. Using the latest technology, the complete text, all 100 black and white photographs and artist’s drawings, and four full-color plates of the author’s paintings have been reproduced on archival stock. As with the First Edition, a beautifully detailed, fold-out, 14” x 20” map showing Browne’s three routes to Mount McKinley is included in this commemorative Centennial Edition. “The Conquest of Mount McKinley” has been printed and hand-bound by Denver Bookbinding Company, a third-generation, award-winning company devoted to the craftsmanship of producing legacy publications. The only authorized edition available.