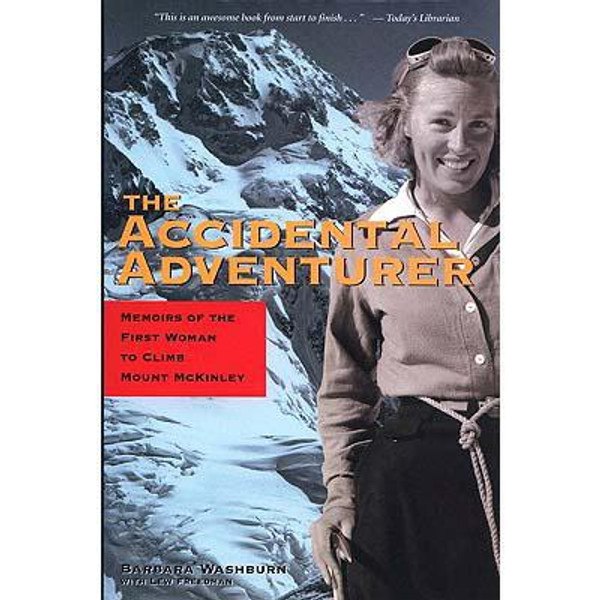 Barbara Washburn never set out to become a mountaineering pioneer, but she wasn't content to be a stay-at-home wife, either. In 1947, defying social convention, Washburn became the first woman to climb Alaska's Mt. McKinley. She accompanied her husband, Bradford Washburn, on other expeditions to Alaska, the Grand Canyon, and Mt. Everest, while raising three children at their home near Boston. Excerpt: "Reaching the summit had been an emotional experience, and as we were about to begin our descent a funny thing happened. One of the boys announced he had to relieve himself. That gave me courage to confess that I did too. We were all young and modest, and there were no trees to hide behind. Brad responded, 'No problem, we have plenty of rope.' He tied the rope around my waist and lowered me down one side of the summit. As I relieved myself, looking over the magnificent scenery, I began to laugh uncontrollably. What would my friends at home think of me now?"

DVD - The Meaning of Wild