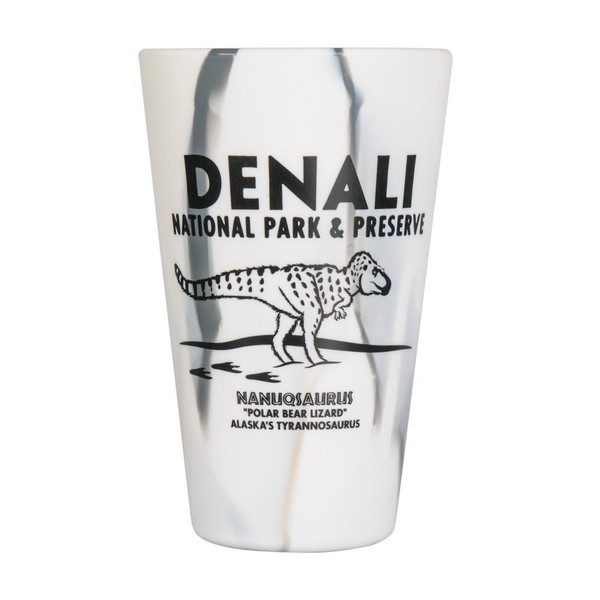 16oz food-grade silicone cup.  BPA-free, unbreakable, dishwasher-safe, microwave-safe. Each cup will have a slight variation in the marbeling colors.

In 2005, a geology class on a field trip to Denali stood by an outcrop of rock within sight of the Park Road. The professor explained to his students that the type of rock they were looking at can preserve dinosaur tracks, but that none had yet been found. As if on cue, a student spied a track and asked, "Like this one?" That first track is now thought to have belonged to the family of Tyrannosaurs, a type of carnivorous theropod dinosaur identified by their three large toes. One such dinosaur that has since been found in Alaska has been named Nanuqsaurus, which means "polar bear lizard." A smaller relative of Tyrannosaurus Rex, Nanuqsaurus is thought to have possessed specialized adaptations for living in colder, darker northern climates, including white feathers that may have provided both camouflage and warmth is the snowy landscapes of the far north.