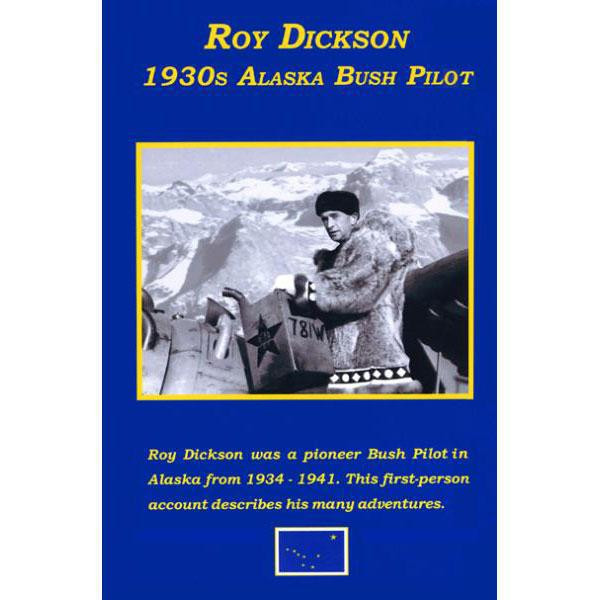 Roy Dickson was a pioneer Bush Pilot in Alaska from 1934 - 1941. This book is an amazing first-person account of how one man's efforts helped to bring aviation to Alaska as recorded by Roy's wife Ethel, and edited by his children. Read about how the airplane changed Alaska, especially in the fishing & mining industries. 250 pages with 60 pictures and illustrations.

On May 1, 1937, Roy Dickson found himself flying his Bering Sea Airways Waco biplane over Prince William Sound, Alaska, in the middle of an unexpected and terrifying storm. As pilots of the era were not equipped with adequate maps, radios or instruments, he knew that his instincts were all he had to save two passengers and himself from the perpendicular mountains and jagged glaciers awaiting below. With no way to continue through the storm, he was forced to "set her down" immediately. He spotted a frozen lake that he hoped would be a safe landing spot, but the spring ice could not support the weight of the plane, and it broke through, nosing over on the fragile surface. Because land travel was impossible in this uninhabited, rugged area, they could only hope to be rescued by catching the attention of a passing fishing vessel along the coastline. Unfortunately, the salmon fishing season would not begin until June!