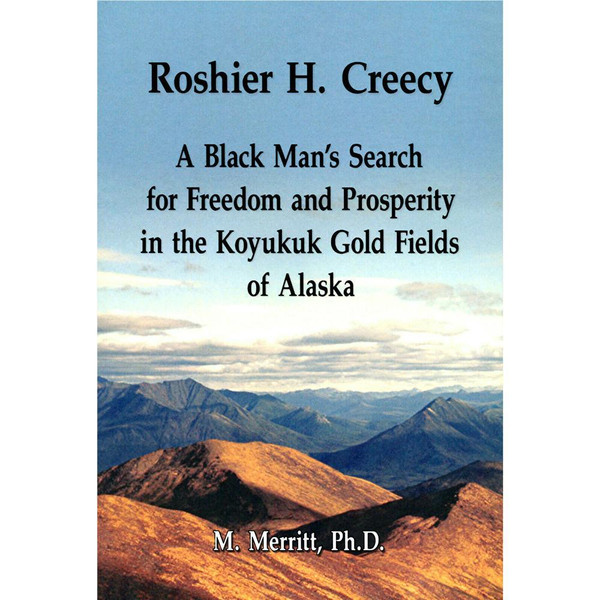 By: Margaret Faye Merritt
The story of Roshier H. Creecy is a portal into a reformative and rapidly changing era in America's history. Born in 1866, he was among the first generation of African Americans who were free to migrate. The societal obstacles Roshier encountered one hundred years ago, and his strategies to circumvent them, are still present for men of color today. Escaping southern culture intent on retaining a racial hierarchy, Roshier joined the U.S. Army's Ninth Cavalry, known as the "Buffalo Soldiers." Following discharge, Roshier married in Washington, D.C. and had a son, but chafed at the indignities of daily life under "Jim Crow." He joined the Klondike Gold Rush of 1898 and became the owner of a roadhouse at which the North-West Mounted Police billeted. In 1906, he mushed his dog team to Alaska, bound for the Koyukuk gold fields where he remained the rest of his life. Roshier's wanderings were prompted by the search for freedom and prosperity, but his journey led him to discover personal growth and a sense of belonging in a wondrous wilderness hinting of gold.

Land Birds of Alaska : A Field Guide for Children