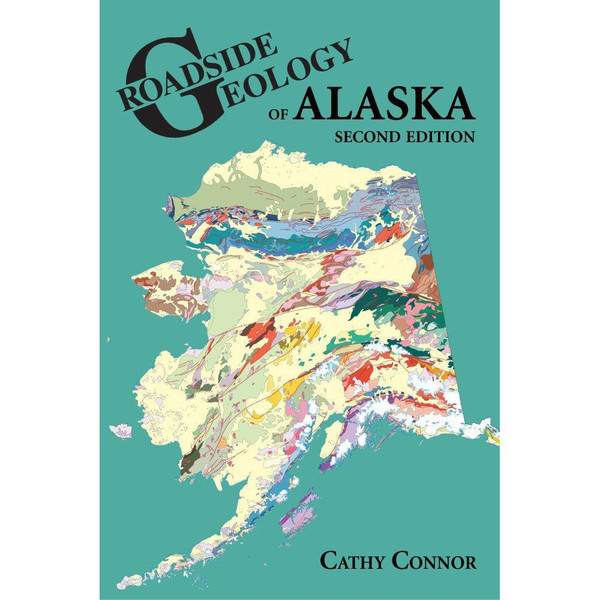 The biggest US state is full of superlatives. Denali, the highest peak in North America at 20,320 feet, is still rising, pushed upward as a tectonic plate collides from the south. The collision has also created huge mountains along Alaska’s Gulf Coast, where humid coastal air has produced the largest subpolar icefield in North America. The exceptional heights of Alaska’s mountains are mirrored below sea level by the 22,377-foot-deep trench of the active subduction zone along Alaska’s southern shore. Earthquakes associated with the subduction zone shake Alaskans frequently, and the magnitude 9.2 earthquake in 1964, with its epicenter in Prince William Sound, was one of the largest seismic events ever recorded.
Such an active geologic setting calls for an updated edition of this popular roadside geology guide. Since the first edition was published in 1988, volcanoes have erupted, faults have ruptured, glaciers have retreated, permafrost has thawed, and geologic interpretations have changed. Author Cathy Connor discusses the latest findings as she guides readers along the roads of Alaska and adjacent parts of British Columbia and the Yukon. In addition to roads and national parks, the book covers the “boatside geology” of Alaska, including the fjords of southeast Alaska, islands in the Bering Sea, and the Tatshenshini River. Roadside Geology of Alaska is a must-have for any Alaska rock enthusiast.

Guide to the Birds of Alaska, 6th edition