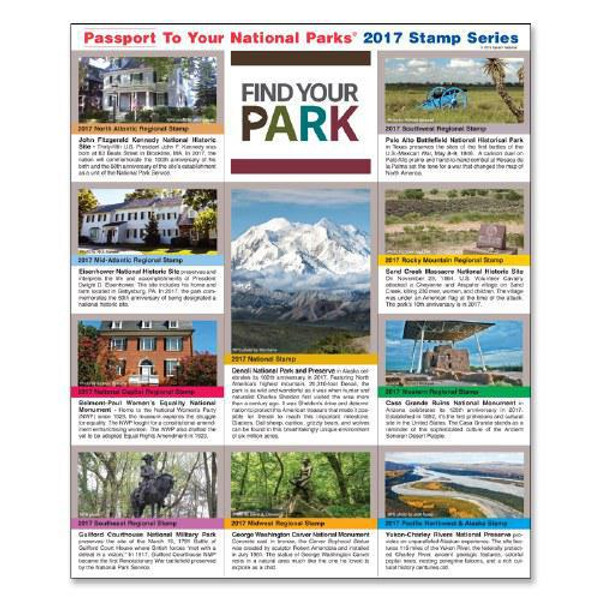 Calling all Passport To Your National Parks® Collectors! Add the 2017 stamp set to your Passport To Your National Parks® Classic Edition, Collector's Edition or Explorer books. The stamp set includes one national and nine regional stamps with information and images of each highlighted park. In 2017 each of the featured parks enjoyed a special event anniversary and the photos are selected from submissions by National Park Service employees and participants in the Volunteers-In-Parks programs to Eastern National’s annual photo contest.

With over 20 years of stamp sets to choose from, you can begin to build your collection!