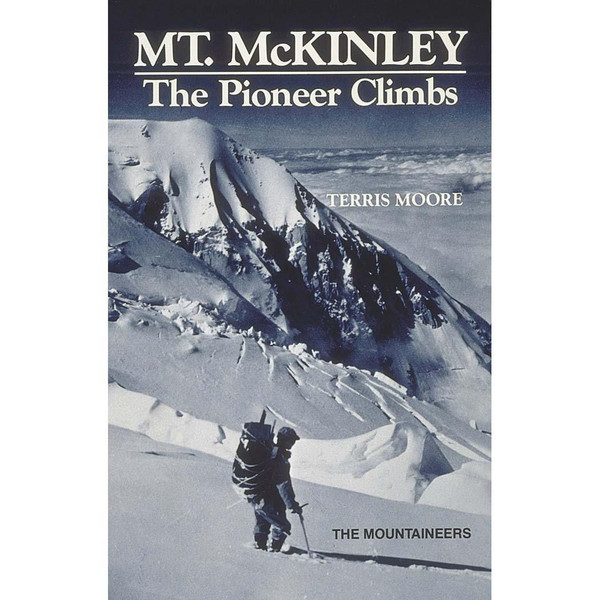 Highlights of climbs on Mt. McKinley from initial explorations up to the 1940s
* Author participated in McKinley's third ascent.
* Contains maps and historic photos
* Includes vast literature references and a glossary of mountaineering terms

The natives called it Denali, the great one, and accorded the magnificent mountain their respect. Sourdoughs, adventurers and mountaineers knew it as Alaska's Mt. McKinley, highest point on the North American continent and a supreme challenge. Measured from base to summit, McKinley involves more climbing than Mt. Everest.

In this book, Terris Moore presents a dramatic account of man's contest with McKinley, from initial explorations on into the 1940s. With documented facts and a novelist's skills, he tackles the mysteries and controversies surrounding many of the early expeditions. There was the daring 1910 ascent of the North Peak by a group of Alaska sourdoughs, who carried up a large pole to plant on the top only to discover later that there was another, higher summit. There was the heartbreaking effort in 1912, by Belmore Browne, who was forced to turn around less than 150 vertical feet from the summit, leaving the top for Archdeacon Hudson Stuck to achieve in 1913. Perhaps the most widely discussed attempt was that of Arctic Explorer Dr. Frederick Cook, who tried to support his claim of victory in 1906 with faked photos.

With fascinating historic photos and maps, Mount McKinley: The Pioneer Climbs has become a virtually indispensable reference for the ever-increasing numbers of those who climb on or near the mountain.