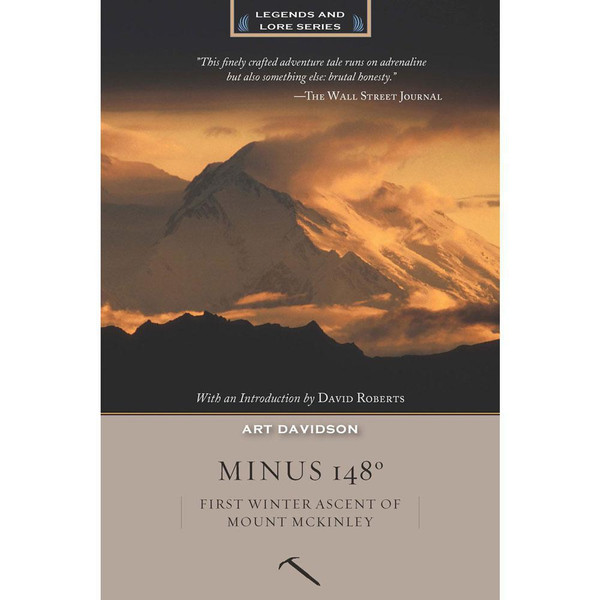 "This finely crafted adventure tale runs on adrenaline but also something else: brutal honesty." —The Wall Street Journal

"I couldn't lay it down until it was all finished (12:40 a.m.!)... A fascinating and beautifully-written story." —Bradford Washburn

Plagued by doubts and cold, group tension and a crevasse tragedy, the expedition tackled McKinley in minimal hours of daylight and fierce storms. They were trapped at three different camps above 14,000 feet during a six-day blizzard and faced the ultimate low temperature of -148° F.

Minus 148° is Art Davidson's stunning personal narrative, supplemented by diary excerpts from team members George Wichman, John Edwards, Dave Johnston, and Greg Blomberg. Davidson retells the team's fears and frictions—and ultimate triumph—with an honesty that has made this gripping survival story a mountaineering classic for over 40 years. Minus 148° is featured among many "best of" reading lists, including National Geographic Adventure's "The 100 Greatest Adventure Books of all Time."


"At twenty-two I came to regard the first expedition to Mt. McKinley in the winter as a journey into an unexplored land. No one had lived on North America's highest ridges in the winter twilight. No one knew how low the temperatures would drop, or how penetrating the cold would be when the wind blew. For thousands of years McKinley's storms had raged by themselves." —Minus 148°