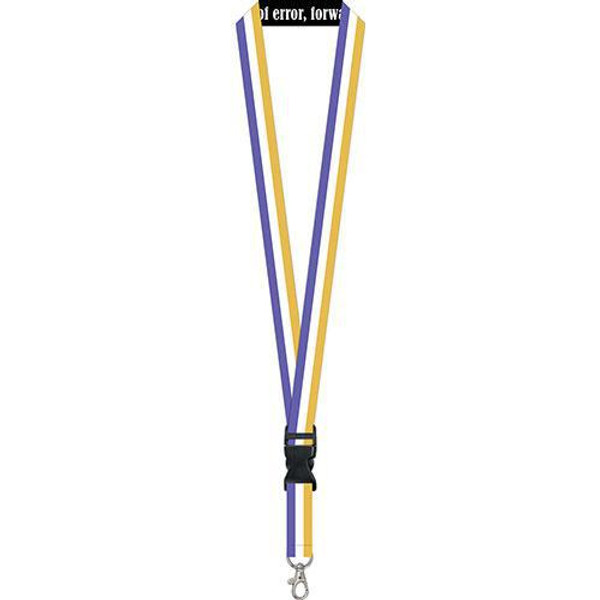 The 19th Amendment was ratified on August 18, 1920. Alice Paul formed the National Woman's Party in 1916 as a lobbying organization to promote women's suffrage. Nonviolent, dramatic protests were the hallmark of the NWP's operations in Washington, D.C. During suffrage marches and other events, women wore sashes and carried banners with this purple, white, and gold stripe pattern. This lanyard features the slogan for the Women's movement on one side, "Forward out of darkness, leave behind the night; forward out of error, forward into light!" and the sash colors on the other. This suffragette lanyard and the words on the inside commemorates the long struggle and grit of the original suffragettes.

Advice from a Suffragette Bookmark