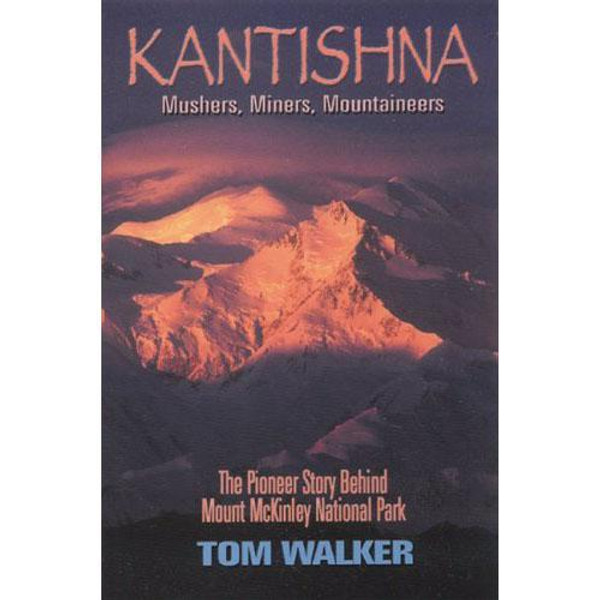 In the aftermath of the 1898 Klondike gold rush, hardy pioneers forged through trackless wilderness on foot or by dog team to prospect every remote drainage in Interior Alaska. A chance discovery of gold in the Kantishna hills in 1905 sparked a wild stampede for riches. The rush to the Mt. McKinley region lured hundreds of people. The Kantishna is rife with stories of courage, loyalty, and challenges met head-on. Bouts with wild beasts, isolation, disease, accidents, and cosmic cold. Here too are darker tales…of armed robbery, attempted murder, suicide, and insanity. Market hunters slaughtered the wildlife. Unscrupulous trappers poisoned animals for their fur. Mt. McKinley drew adventurers of another sort. For a decade a few eastern sportsmen and sourdoughs challenged the icy slopes. The stories of defeat and deception set the stage in 1913 for the ultimate triumph. Out of the detritus of the great Alaska/Yukon gold rushes emerged two men of a different stripe. Men of adventure and vision, rising above the lust for gold, proposed a national park where wildlife would be free of the epic slaughter that accompanied America’s northern expansion. Carving a national park out of this wilderness would not be easy. Alaskans would fight to protect their way of life. Here are the stories of these tough pioneers, tales similar to those that inspired Robert Service and Jack London…only these stories are true.

Denali: The Story Behind the Scenery

Searching for Fannie Quigley: A Wilderness Life in the Shadow of Mount McKinley