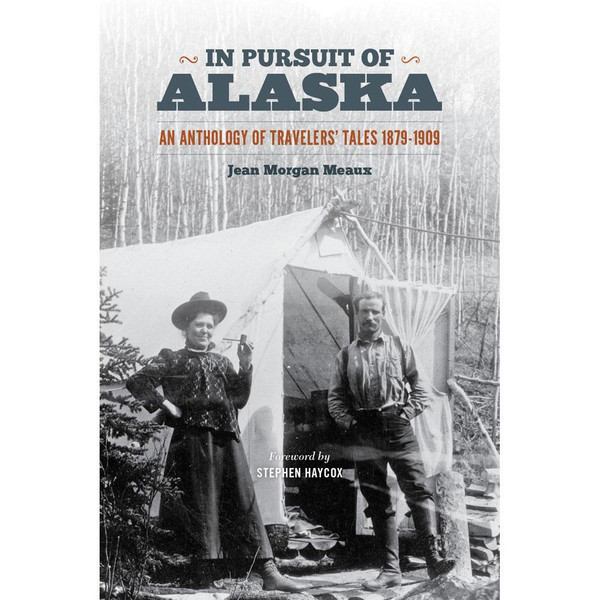 This collection of Alaskan adventures begins with a newspaper article written by John Muir during his first visit to Alaska in 1879, when the sole U.S. government representative in all the territory's 586,412 square miles was a lone customs official in Sitka. It closes with accounts of the gold rush and the 1909 Alaska-Yukon-Pacific Exposition in Seattle. Jean Meaux has gathered a superb collection of articles and stories that captivated American readers when they were first published and that will continue to entertain us today. The authors range from Charles Hallock (the founder of Forest and Stream, a precursor of Field and Stream) to New York society woman Mary Hitchcock, who traveled with china, silver, and a 2,800 square foot tent. After explorer Henry Allen wore out his boots, he marched barefoot as he continued mapping the Tanana River, and Episcopal Archdeacon Hudson Stuck mushed by dog sled in Arctic winters across a territory encompassing 250,000 miles of the northern interior.

Although the United States acquired Alaska in 1867, it took more than a decade for American writers and explorers to focus attention on a territory so removed from their ordinary lives. These writers-adventurers, tourists, and gold seekers-would help define the nation's perception of Alaska and would contribute to an image of the state that persists today. This collection unearths early writings that offer a broad view of American encounters with Alaska accompanied by Meaux's lively and concise introductions. The present-day adventurer will find much to inspire exploration, while students of the American West can gain new access to this valuable trove of pre-Gold Rush Alaska archives.

An Alaska Anthology: Interpreting the Past

The Stars, the Snow, the Fire: Twenty-Five Years in the Alaska Wilderness

What's a Shrew to You? By Mary Shields