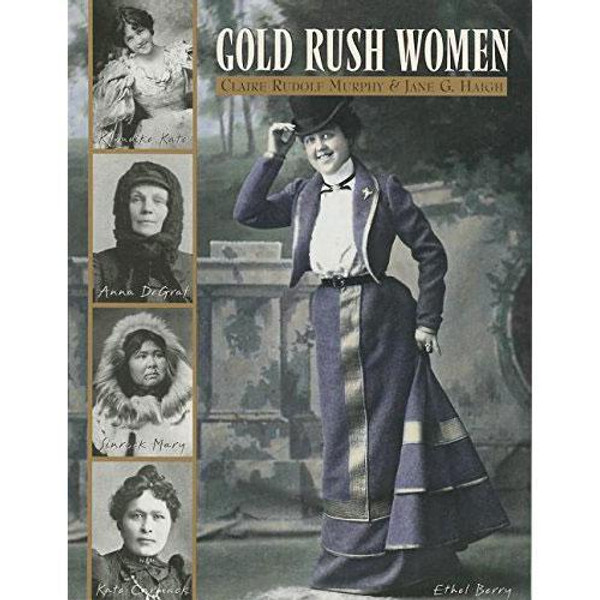 This book gathers the riveting stories of adventurous women -- miners, madams, merchants, and mothers -- who went North during the gold rush era.

The enterprising women who ventured to the Yukon and Alaska during the many gold rushes between the 1880s and early 1900s remain relatively unknown. We're familiar with the tales of the men who swarmed with wild North Country in search of fortunes in gold, but the adventures of their female counterparts make for stories as riveting and anything Jack London concocted.

In Gold Rush Women, you'll read about daring women such as Kate Carmack, the Tagish Native reputed to have made the first gold discovery in the Klondike River; Ethel Berry, who mined alongside her husband Clarence, becoming one of the first Northern gold rush millionaires; and Fanny Quigley, who hiked out to remote gold strikes and sold hot meals from a tent. Whether miners, Madame, or merchants, each made her unique contributuin.