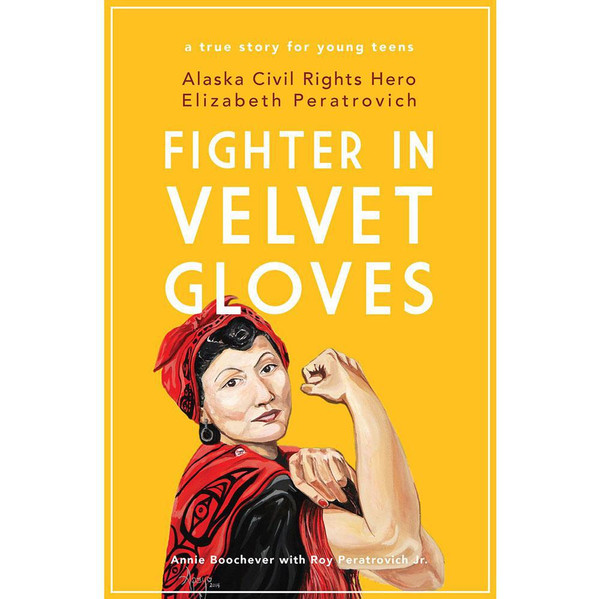 “No Natives or Dogs Allowed,” blared the storefront sign at Elizabeth Peratrovich, then a young Alaska Native Tlingit. The sting of those words would stay with her all her life. Years later, after becoming a seasoned fighter for equality, she would deliver her own powerful message: one that helped change Alaska and the nation forever.

In 1945, Peratrovich stood before the Alaska Territorial Legislative Session and gave a powerful speech about her childhood and her experiences being treated as a second-class citizen. Her heartfelt testimony about the evils of racism crowned years of work by Alaska Native People and their allies and led to passage of Alaska's landmark Anti-Discrimination Act, nearly two decades before President Lyndon Johnson signed the US Civil Rights Act of 1964.

Today, Alaska celebrates Elizabeth Peratrovich Day every February 16, and she will be honored on the gold one-dollar coin in 2020.

It's the kind of book I wish my own children could have read when they were in grade school, a moving story that deserves a place in every school library in this nation. Told in straightforward, readable prose, Fighter in Velvet Gloves is the biography of an Alaska Native woman who, despite adversity, never gave up as she struggled for equality. Both Native and Non-Native young people should be able to identify with Elizabeth Peratrovich, who fought her battles in the far north long before the Civil Rights movement in the American South caught fire.

A Schoolteacher in Old Alaska: The Story of Hannah Breece

Leonhard Seppala: The Siberian Sled Dog and the Golden Age of Sleddog Racing 1908-1941

Look Big: And Other Tips for Surviving Animal Encounters of All Kinds