Faith of Cranes: Finding Hope and Family in Alaska 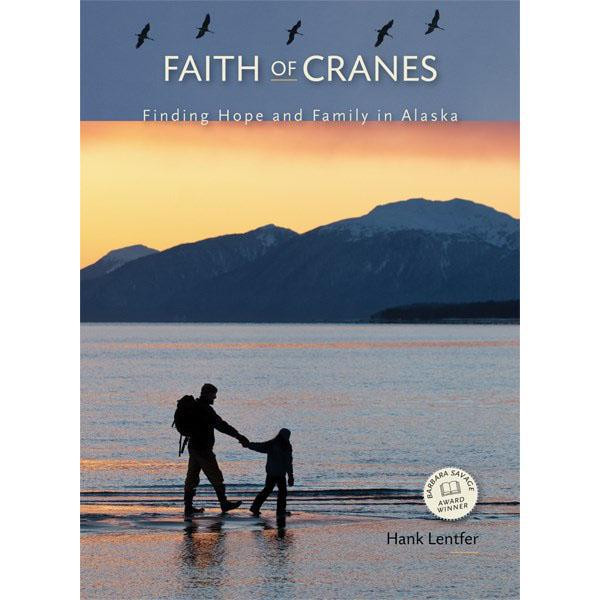 Faith of Cranes: Finding Hope and Family in Alaska

Faith of Cranes weaves together three parallel narratives: the plight and beauty of sandhill cranes, one man's effort to recover hope amid destructive climate change, and the birth of a daughter.

"Faith of Cranes is a love song to the beauty and worth of the lives we are able to lead in the world just as it is, troubled though it be. Lentfer's storytelling achieves its joys and universality not via grand summations but via grounded self-giving, familial intimacy, funny friendships, attentive griefs, and full-bodied immersion in the Alaskan rainforest. The writing is honest, intensely lived, and overflowing with heart: broken, mended, and whole." --David James Duncan, author of The Brothers K and God Laughs & Plays

Hank Lentfer listened to cranes passing over his home in southeast Alaska for twenty years before bothering to figure out where they were going. On a very visceral level, he didn't want to know. After all, cranes gliding through the wide skies of Alaska are the essence of wildness. But the same animals, pecking a living between the cornfields and condos of California's Central Valley, seem trapped and diminished. A former wildlife biologist and longtime conservationist, Lentfer had come to accept that no number of letters to the editor or trips to D.C. could stop the spread of clear cuts, alter the course of climate change, or ensure that his beloved cranes would always appear. And he had no idea that following the paths of cranes would lead him to the very things he was most afraid of: parenthood, responsibility, and actions of hope in a frustrating and warming world.

Faith of Cranes is Lentfer's quiet, lyrical memoir of his home and community near Glacier Bay that reveals a family's simple acts -- planting potatoes, watching cranes, hunting deer -- as well as a close and eccentric Alaskan community. It shows how several thousand birds and one little girl teach a new father there is no future imaginable that does not leave room for compassion and grace.

The Spirit of Alaska