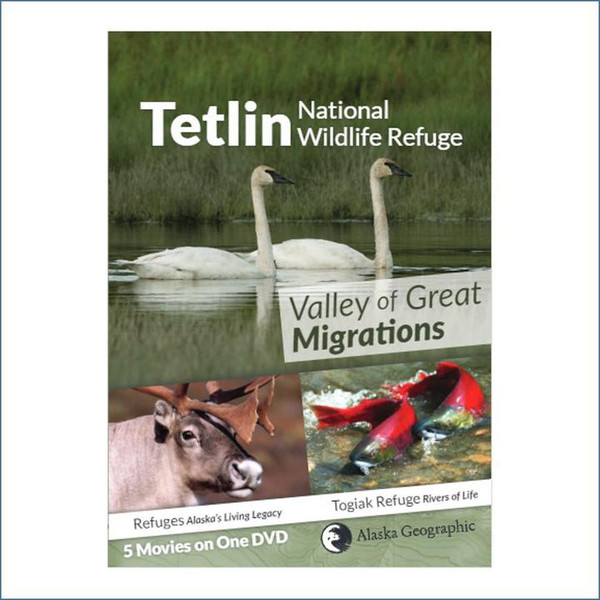 Wild Alaska prompts visions of crystalline streams churned by spawning salmon, long threads of migrating caribou, flotillas of ducks, geese, or swans with downy young bobbing in their wakes; untamed lands much like they were when the first peoples migrated here. It's the job of Alaska's 16 national wildlife refuges to protect these special places- and the miracles that occur within them.

With this DVD you get access to all of Alaska’s magnificent refuges in five films — three high definition films and two extra bonus features.

Rivers of Life: Togiak National Wildlife Refuge
Fly to Togiak Refuge where angling enthusiasts from around the world come to fish. (12 minutes)