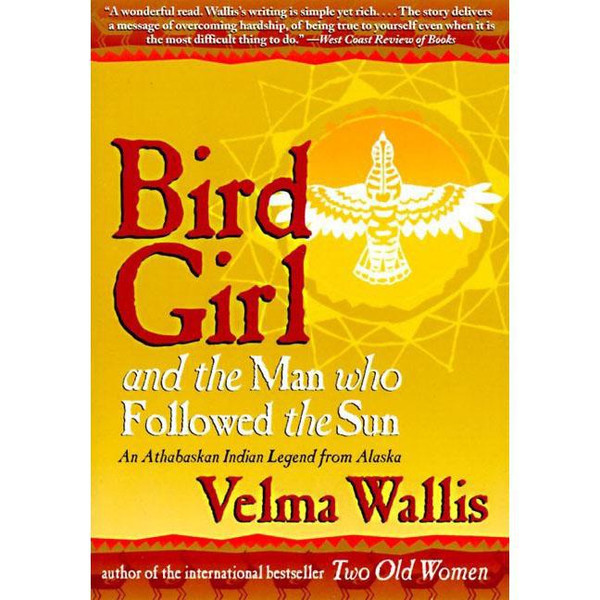 With the publication of Two Old Women, Velma Wallis firmly established herself as one of the most important voices in Native American writing. A national bestseller, her empowering fable won the Western State Book Award in 1993 and the Pacific Northwest Booksellers Association Book Award in 1994. Translated into 16 languages, it went on to international success, quickly reaching bestseller status in Germany. To date, more than 350,000 copies have been sold worldwide.

Bird Girl and the Man Who Followed the Sun follows in this bestselling tradition. Rooted in the ancient legends of Alaska's Athabaskan Indians, it tells the stories of two adventurers who decide to leave the safety of their respective tribes. Bird Girl is a headstrong young woman who learned early on the skills of a hunter. When told that she must end her forays and take up the traditional role of wife and mother, she defies her family's expectations and confidently takes off to brave life on her own. Daagoo is a dreamer, curious about the world beyond. Longing to know what happens to the sun in winter, he sets out on a quest to find the legendary "Land of the Sun." Their stories interweave and intersect as they each face the many dangers and challenges of life alone in the wilderness. In the end, both learn that the search for individualism often comes at a high price, but that it is a price well worth paying, for through this quest comes the beginning of true wisdom.

Birds of the West: An Artist's Guide

A Children's Guide to Arctic Birds

Running with the Big Dogs: A Sled Dog Puppy Grows Up in Denali National Park, Alaska