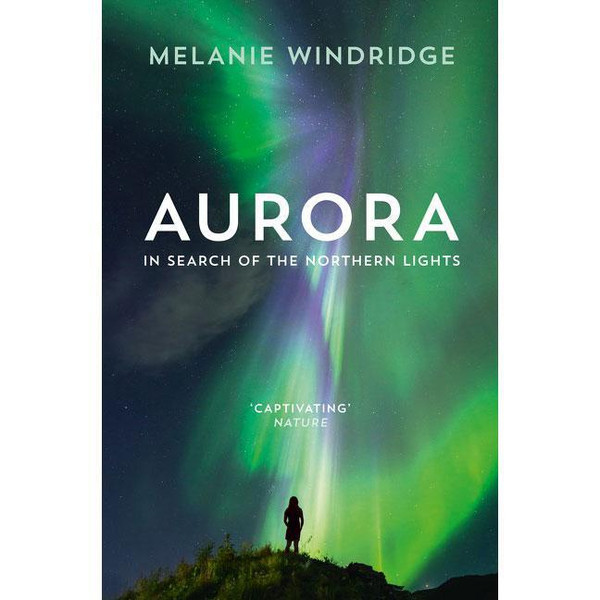 The beautiful aurorae, or northern lights, are the stuff of legends. The ancient stories of the Sami people warn that if you mock the lights they will seize you, and their mythical appeal continues to capture the hearts and imagination of people across the globe.

Aurora is a narrative of discovery exploring the visual beauty, legends and science of the northern lights – including the developing threat of space weather – and challenging the popular paradigm of how the lights are formed. Well-known plasma physicist Dr Melanie Windridge offers new insights into this extraordinary and evocative phenomenon, a scientific marvel unlike any other in which the powers of astronomy, geology, magnetism and atomic physics combine to create one of the wonders of the natural world.

As products of solar ‘events’ with the power to disrupt and even knock out power and communications, the aurorae represent plasmic phenomena full of latent power and danger, and as we rely increasingly on technology the prospect of a huge solar storm becomes more and more threatening. This book grapples with both the beauty and the danger of the aurora, and it explores the essential questions of its origins. Do we really even know what causes this sublime phenomenon? The author suggests that we don’t, and in this illuminating book she uncovers the scientific realities which have thus far remained so elusive.

She takes us on an Arctic journey to discover the northern lights, in which complex science is delicately interwoven with a background of their history, folklore and changing landscape. From the legends of indigenous peoples in the Arctic to the science of the aurora and the implications this has for the vital relationship between the Earth and the Sun, Windridge combines a lucid and fascinating exposition of the science(s) behind the lights with an elegant travelogue following her as she pursues the aurorae in their different forms across the globe, observing them in their own natural landscapes.

The Northern Lights: Secrets of the Aurora Borealis

The Northern Lights: Secrets of the Aurora Borealis